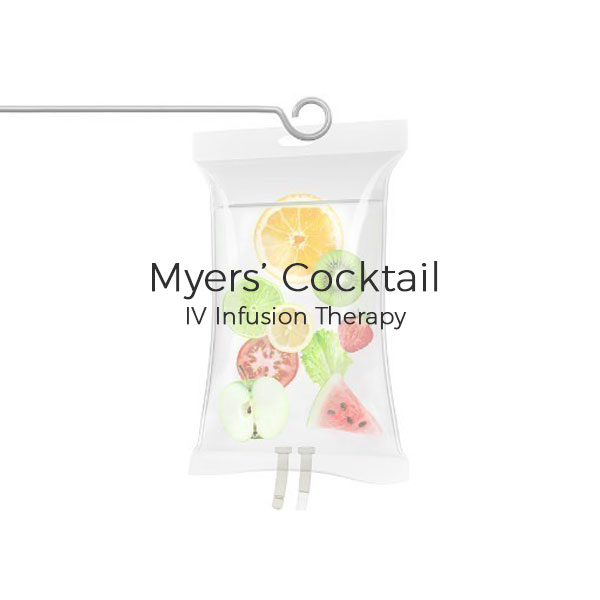 By Chantal Du Chenne, The Health Coach and owner operator of the DripBar.

At the DripBar, we use Myers Cocktail in our Immune Boost & Exercise Boost IV vitamin drips.

Although in some parts a bit technical, for those who want to gain a thorough insight into the efficacy of IV vitamin drip therapy, this blog post is well worth the read.

This article is an extract from the research paper:

Intravenous Nutrient Therapy: the “Myers’ Cocktail” by Alan R. Gaby, MD  Past president of the American Holistic Medical Association; author of Preventing and Reversing Osteoporosis, and co-author of The Patient’s Book of Natural Healing.

“John Myers, MD, a physician from Baltimore, Maryland, pioneered the use of intravenous (IV) vitamins and minerals as part of the overall treatment of various medical problems. He formulated the specific protocol known as the Myers Cocktail.

After Dr. Myers died in 1984, a number of his patients sought nutrient therapy from the author, Dr Alan Gaby. Some of them had been receiving infusions monthly, weekly, or twice weekly for many years – 25 years or more in a few cases. Chronic problems such as fatigue, depression, chest pain, or palpitations were well controlled by these treatments; however, the problems would recur if the patients went too long without an infusion.

Building on the work of the late John Myers, MD, Dr Alan Gaby (author) has used this intravenous vitamin and mineral formula for the treatment of a wide range of clinical conditions. The “Myers’ cocktail,” which consists of magnesium, calcium, B vitamins, and vitamin C, has been found to be effective against many disorders.

Many relatively healthy patients chose to receive periodic infusions because it enhanced their overall well being for periods of a week to several months.

Despite the many positive anecdotal reports, there is only a small amount of published research supporting the use of this treatment.

This is a bit technical but worth reading through:

Various nutrients have been shown to exert positive health benefits and effects but in many cases, these benefits are dependent on the concentration of the nutrient. For example, an antiviral effect of vitamin C has been demonstrated at a concentration of 10- 15 mg/dL, a level achievable with IV drip therapy but not oral therapy.

Intravenous administration of nutrients can achieve serum concentrations not obtainable with oral, or even intramuscular (IM) administration of vitamins and minerals. For example, as the oral dose of vitamin C is increased, the serum concentration tends to approach an upper limit, as a result of both saturation of gastrointestinal absorption and a sharp increase in renal clearance of the vitamin.

When the daily oral intake of vitamin C is increased 12-fold, (200 mg/day to 2,500 mg/day), the plasma concentration increases by only 25 percent, from 1.2 to 1.5 mg/dL. The highest serum vitamin C level reported after oral administration of the vitamin is 9.3 mg/dL. In contrast, IV administration of 50 g/day of vitamin C resulted in a mean peak plasma level of 80 mg/dL. Similarly, oral supplementation with magnesium results in little or no change in serum magnesium concentrations, whereas IV administration can double or triple the serum levels, at least for a short period of time.

In addition to having direct pharmacological effects, IV nutrient therapy may be more effective than oral or IM treatment for correcting intracellular nutrient deficits. Some nutrients are present at much higher concentrations in the cells than in the serum. For example, the average magnesium concentration in myocardial cells is 10 times higher than the extracellular concentration. This ratio is maintained in healthy cells by an active-transport system that continually pumps magnesium ions into cells against the concentration gradient. In certain disease states, the capacity of membrane pumps to maintain normal concentra- tion gradients may be compromised

Intravenous administration of magnesium, by producing a marked, though transient, increase in the serum concentration, provides a window of opportunity for ailing cells to take up magnesium against a smaller concentration gradient. Nutrients taken up by cells after an IV infusion may eventually leak out again, but perhaps some healing takes place before they do. If cells are repeatedly “flooded” with nutrients, the improvement may be cumulative. It has been observed that some patients who receive a series of IV infusions become progressively healthier .

Some patients require regular IV drip therapy for an indefinite period of time in order to control their medical problems. This dependence on IV infusions could conceivably result from any of the following: (1) a genetically determined impairment in the capacity to maintain normal intracellular nutrient concentrations; (2) an inborn error of metabolism that can be controlled only by maintaining a higher than normal concentration of a particular nutrient; or (3) a renal leak of a nutrient. In some cases, continued IV therapy may be necessary because a disease state is too advanced to be reversible.

Many asthmatics (mainly adults)  have been treated with the Myers’ cocktail for acute asthma attacks. In most instances, marked improvement or complete relief occurred within minutes. A few patients received maintenance injections once weekly or every other week during difficult times and reported the treatments kept their asthma under better control.

In cases where patients have presented one or more times with an acute migraine, in almost every instance, the Myers’ Cocktail produced a positive response within a few minutes.

Many patients with unexplained fatigue have responded to the Myers’Cocktail, with results lasting from only a few days to as long as several months. Patients who benefited often returned at their own discretion for another treatment when the effect had worn off. One patient with fatigue associated with chronic hepatitis B experienced marked and progressive improvement in energy levels with weekly or twice-monthly injections.

Many patients with chronic fatigue syndrome (CFS) received a minimum of four treatments (usually once weekly for four weeks), with more than half showing clear improvement.

A few patients became progressively healthier with continued IV drip therapy and were eventually able to stop the treatment. Several others did not overcome their illness, but periodic IV vitamin therapy helped them function better in their activities of daily living.

In another study, 80% of patients with CFS given Myers Cocktail IV Vitamin drips reported improvement e.g., more energy, a better emotional state, and less pain and fatigue was eliminated completely in 50% of cases.

More than half of the individuals with fibromyalgia receiving treatment with Myers’ cocktail IV vitamin therapy experienced significant improvement, in a few cases after the first injection, but more often after three or four treatments.

Many patients with depression and/ or anxiety have shown a positive response to the Myers’. However, this treatment should not be considered first-line therapy for major depression. It seems to be helpful  for certain subsets of depressed individuals, such as those who also suffer from fibromyalgia, migraines, excessive stress, or alcohol-induced exacerbations.

One quarter to one third of patients who received the Myers’ for an acute respiratory in- fection experienced marked improvement, either immediately or by the next morning. Approximately half of patients given this treatment reported that it shortened the duration of their illness.

The Myers’ Cocktail has been found by hundreds of practitioners to be a safe and effective treatment for a wide range of clinical conditions. In many instances this treatment is more effective and better tolerated than conventional medical therapies.

Widespread appropriate use of this treatment would likely reduce the overall cost of healthcare, while greatly improving the health of many individuals. Additional research is urgently needed to confirm the effectiveness of this treatment and to determine optimal doses of the various nutrients.

When administered with caution and respect, the Myers’ Cocktail has been generally well tolerated, and no serious adverse reactions have been encountered with approximately 15,000 treatments.”