Vitamin B1 and Auto-Immune Conditions

Vitamin B1 and Auto-Immune Conditions 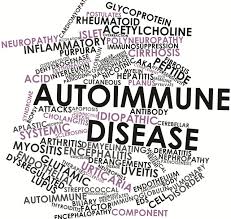 “Thiamin or Vitamin B1 may be the missing link to treating autoimmune disease and autonomic dysfunction. Although deficiencies in this vitamin have long been considered eradicated, case studies show supplementation with this nutrient improves fatigue in autoimmune patients in a matter of hours to days”

Debilitating fatigue is one of the most common complaints that plagues patients with auto-immune conditions.

Functions of Vitamin B1 and Auto-Immune Conditions

One of eight essential B vitamins, Thiamin (Vitamin B1) is a water-soluble vitamin that plays an essential part in the conversion of food into energy. Vitamin B1 is essential for the mitochondria (power houses of the cells) to convert carbohydrates and other nutrients to ATP which is the energy currency or fuel the body needs to function effectively.

The brain also requires ATP. Low levels of ATP production caused by a deficiency of Vitamin B1 can also lead to cognitive impairment and decline.

Vitamin B1 (Thiamine) is essential for the production of particular neurotransmitters, steroids, amino acids, fatty acids, and the master anti-oxidant of the body, glutathione.

The Re-Emergence of Thiamin Deficiency Disorders

Beriberi, the classical syndrome of thiamin deficiency, was first discovered by Japanese naval surgeon Takaki in the late nineteenth century.

In addition to impaired reflexes, peripheral neuropathy, edema, cardiovascular abnormalities and hypesthesia, (diminished capacity for physical sensation), signs of autonomic dysfunction such as sinus tachycardia, vasovagal syncope, mitral valve prolapse, hypotension, sweating and attention deficit are all a prominent part of the clinical expression of beriberi or Vitamin B1 deficiency.

Other more extreme symptoms of thiamin deficiency include ataxia, weakness, paralysis, cognitive impairment, apathy, significant spatial and temporal disorientation, and problems with movement in the muscles around the eyes such as ocular palsies, nystagmus, and opthalmoplegia. (Wernicke’s encephalopathy)

Milder forms of thiamine (Vitamin B1) deficiency are often missed.

Marginal thiamin deficiency is often missed as the symptoms may be vague. These may include fatigue, irritability, abdominal pain, frequent headaches, and a decline in growth rate in children. The World Health Organization states that thiamin deficiency is a clinical diagnosis confirmed when improvement  of symptoms occurs with thiamin administration:

Normal serum levels of thiamine indicate normal Vitamin B1 absorption by the small intestine. However, researchers attribute the symptoms of thiamin deficiency that often occur in autoimmune patients to either structural enzymatic defects or to dysfunction of the vitamin B1 active intracellular transport mechanism from the blood to the mitochondria. Administration of large quantities of vitamin B1 is able to circumvent this abnormality.

Only plants, bacteria, and fungi can synthesise thiamin, so humans must get their Vitamin B1 (thiamine) from external food sources. Nutrient-poor breads and cereals are often fortified with thiamin, but ingestion of these foodstuffs as a source of Vitamin B1 is counter-intuitive as simple carbohydrates increase the need for thiamin.

Whole-food sources of thiamin include liver and other sources of offal, meat, pork, poultry, fish, eggs, dried legumes, nuts, and whole grains such as brown rice and bran.

Correcting a Vitamin B1 deficiency

High doses of Vitamin B1 (even up to 600X higher than the daily recommended intake for men and women older than ten years of age ) is required.

The safety profile of thiamine demonstrates this treatment to be benign. Unlike other immunosuppressant drugs administered for autoimmune diseases, which are often accompanied by catastrophic side effects such as infection and cancer, there are no side effects of thiamin administration, even when used at high doses for long periods of time.

In fact, thiamin is nontoxic to the body even at excess amounts and doses as high as 3 to 8 grams per day without adverse effects.

The safety and effectiveness of using high dose Vitamin B1 to treat fatigue associated with auto-immune conditions stands in stark contrast to a drug like hydroxychloroquine (Plaquenil). This is often prescribed as the drug of choice to improve fatigue in autoimmune diseases such as systemic lupus erythematosus, antiphospholipid syndrome, sarcoidosis and rheumatoid arthritis. It poses the risk of potentially irreversible retinopathy that may progress to blindness even years after the drug has been discontinued.

Chronic alcoholism poses particular risk as it interferes with Vitamin B1 (thiamine) absorption in the large intestine and also impairs its storage capacity.

Dietary factors, such as high consumption of simple carbohydrates, also have anti-thiaminergic properties leading to Vitamin B1 deficiency. This is often referred to as high-calorie malnutrition. Carbohydrates increase the need for vitamin B1 as thiamin is a major factor in the metabolism of glucose.

Also problematic are sulfiting agents, including sulfites, sulfur dioxide, hydrogen sulfites, and metabisulfites, which are used as food preservatives to prevent microbial growth, food spoilage, and discoloration, and to extend the shelf life of the product. Sulfites, which are contained in foods such as wines, lager, non-organic processed meats such as sausage and burgers, sulfited seafoods, and soft drinks from concentrate all have anti-thiamin effects.

Potential for use of Thiamin in treatment of Autoimmune Disease

“Our team is convinced that the fatigue correlated with all autoimmune inflammatory diseases is a manifestation of an intracellular mild thiamin deficiency likely due to thiamin transporter deficiency or to enzymatic dysfunctions.” Green med Info

Not only does thiamin deficiency cause mitochondrial dysfunction, but it also results in oxidative stress, which is central to both the cause and perpetuation of autoimmune disorders.

Restoration of Vitamin B1 levels in autoimmune patients has the potential to reduce a large number of symptoms, since the autonomic nervous system is responsible for a diversity of largely unconscious physiological activities including digestion, urination, defecation, heart rate, blood pressure, pupillary response, and sexual arousal.

Another line of reasoning connecting autoimmunity associated fatigue to thiamine (Vitamin B1) deficiency is postural orthostatic tachycardia syndrome (POTS). This is a form of dysautonomia with suspected autoimmune etiology that is often co-morbid with other autoimmune diseases. The symptoms of POTS, which often resemble beriberi, have in some cases been shown to respond to high dose Vitamin B1 supplementation.

MSM is a sulfur containing compound found naturally in plants, animals and humans. MSM is widely used in the alternative medicine field and by people looking for a natural way to relieve joint pain, reduce inflammation and boost immunity. MSM fights inflammation, alleviates muscle spasm, reduces stiffness and swelling and improves flexibility. It fast tracks the healing process because it is able to eliminate by-products such as lactic acid which cause pain and soreness in the body. By eliminating these waste products, MSM helps to speed up healing, leading to faster recovery and making more energy available for regeneration.Research supports the use of MSM in treating a number of conditions particularly auto-immune conditions. IV infusion of MSM is particularly effective. Book the Anti-inflammatory drip @thedripbar

Over her 25 year career, Chantal has held various positions within the health and wellness industry – including 10 years as the Executive Head of Vodacom’s Corporate Wellness program. Chantal is a B.Sc.Hons Physiotherapy, a renowned professional Golf fitness and conditioning expert, a Sport and Lifestyle Nutritionist and a Health Coach specialising in Gut Health and the Gut Microbiome. Her specific areas of interest include auto-immune diseases, cancer, anxiety and depression. Chantal is the founder of the DripBar which offers vitamin and mineral drip therapy as well as gut health education in improving micronutrient deficiencies.

Chantal is a competitive cyclist, a plant strong vegan and mom to two beautiful grown up girls.

Chantal consults as a Health Coach at the DripBar as well as in the corporate industry and international sports arena (golf and cycling). Get more details by emailing: Chantal@healthtrac.global

the DripBar is a stockist of retail products that support reversal of leaky gut and gut microbiome dysbiosis.

This blog post contains information that is not designed to take the place of, substitute, or replace any form and method of professional or medical advice and treatment or medicine. All content is the author’s opinion and is not intended to diagnose and remedy. The facts and figures contained in this document are presented solely for informational and educational purposes only.