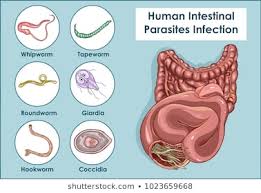 Parasite Cleanse: How To Get Rid Of Unwanted Guests Naturally

This article, Parasitic Cleanse: How to get rid of unwanted Guests naturally, is written by David Avocado Wolfe.

For your absolute convenience, it is being brought to you through the DripBar blog. A Parasitic Cleanse at least twice a year is a must. This article is the HOW TO.

David “Avocado” Wolfe is an American author and product spokesman. He promotes a variety of pseudoscientific ideas such as raw foodism, alternative medicine, and vaccine denialism.

I have been following David for the past year and find his approach to be holistic, well researched, well formulated, inspiring and especially practical and user friendly. You can find out more about David here: bodymindinstitute.com

“The sheer amount of detoxes out there can be confusing, but one of the most important detoxes you could possibly do is a parasite cleanse.

Natural parasite cleanses are a bit of a well-kept secret among the natural health community. But considering the damage parasites do, it’s important to get rid of them as soon as possible.

These “unwanted guests” can be found anywhere from your intestinal tract to your blood and bodily tissues. Parasites are bad news, but the good news is that they can be killed with the right herbs and nutrition.

A category of living organisms that cause an infection, parasites need the host organism in order to survive, and thrive off of its resources.

Though parasites may seem simplistic, they are highly effective and efficient at what they do, and the “host” body is the one that ends up suffering.

They find their way into nooks and crannies in the body, reproduce often, and can create a chronic problem that may take years for the body to rid itself of before it’s all said and done.

Perhaps the most difficult part about parasites is that they are hard to identify once they take up residence in your body.

Some cause serious symptoms, while others create low-grade inflammation that doesn’t manifest until years later.

The Five Most Common Types of Parasites

According to CDC (Centre for Disease Control) data, there are five types of parasites that are most common within the human body.

These types of parasitic infections are quite commonplace, with hundreds of thousands of people affected each year.

Some kids are even born with parasites already eating away at their bodies, as is the case with Chagas disease (not to be confused with medicinal mushrooms!).

Here are the most common types of parasites affecting people today:

Tyrpanosoma cruzi is the parasite that causes Chagas disease. It goes without saying that this is a huge, silent problem.

Parasites are capable of causing debilitating health issues in many different areas of the body, which is why undergoing a parasite cleanse is wise.

Chagas disease is transmitted through a bite from the triatomine bug, which then deposits its faeces in skin openings on the human body.

This can lead to long-term digestive, cardiac and neurological disorders.

Populations have antibodies against this type of parasite infection. But huge swaths of people are at risk for contracting it from dogs and cats. This infection generally comes from roundworms found in the intestines of our pets, and at least 70 people die from it each year.

Be sure to see your doctor, preferably a naturopath, if you suspect you have these parasites in your body.

Caused by the taenia solium tapeworm, this parasitic infection lives in human tissues such as the brain and muscles, making it especially dangerous. Complications that may arise from this type of parasite problem include seizures and other similar issues. There are at least 1,000 people hospitalized each year in the U.S. alone because of this type of infection alone.

Often, it is the result of eating uncooked or under cooked pork that may contain its larvae.

Known as the “cat poop parasite,” this one infections more than 60 million people according to CNN. It is often contracted when coming in close contact with cats, as well as in under cooked meat and even in unwashed fruits and vegetables.

Swollen lymph nodes, muscle aches and eye problems may arise from coming into contact with these parasites. If you have a cat or have come into contact with any of these forms of food, you may want to look into a natural parasite cleanse.

A common and curable sexually transmitted disease, this protozoan parasite affects 3.7 million people in the United States alone, although the vast majority of them will not develop symptoms.

Antibiotics are the standard medical course of treatment for this parasite.

Those looking for a less toxic alternative may want to try natural parasite detox herbs and cleanses instead.

Parasites come from many of the aforementioned sources, along with several others.

They are especially common in areas where sanitation may be lacking in terms of food, sewer systems, and water, as well as in industrialized areas.

Those most susceptible to parasites include children, the elderly, and people with compromised immune systems. People with leaky gut may also contract parasites more easily.

If you suspect you have a parasite problem, contact a naturopathic doctor as soon as possible, and consider doing a parasite cleanse.

Many parasite cleanses on the market that contain anti-parasitic herbs work well for this purpose, taken first thing in the morning on an empty stomach.

Symptoms of a Parasite Infection

As mentioned earlier, symptoms from a parasite infection do not often make themselves known, but they do tend to rear their ugly head at the worst possible time.

Parasites can also be very difficult to remove considering how long they stay in the body and how well adapted they become to their environment.

The following are the main parasite symptoms, which may signal it’s time for a parasite cleanse:

How to Do a Parasite Cleanse

Getting rid of parasites naturally is not always easy, but it can be done using the right plan.

The first step of any parasite cleanse is to detox as completely and thoroughly as you can in the amount of time you have available to you.

If the body is unable to eliminate toxins naturally, it will be difficult to keep them away, as Dr. Daniel Pompa says.

Opening up your body’s channels of detoxification and elimination, especially the lymph nodes, is a good first place to start. Continuous movement, infrared saunas, drinking lots of water (filtered) and jumping on a trampoline help prime the body in this area.

Side effects during a parasite cleanse or detox may include headaches, fatigue or rashes. Keep your doctor or naturopath informed during the cleanse, and be sure to make a plan and stay consistent.

Starting with an alkaline diet, lots of anti-parasite foods like non-GMO papayas and pumpkin seeds, and parasite cleansing herbs.

The second step of the parasite cleanse is to get on a cleansing diet, which nourishes your body with whole, low or no-sugar foods to starve parasites of their #1 food source.

Processed foods that are harmful, factory farmed meats, especially those that are raw or under cooked, should also be removed from the diet.

In addition, do your best to work anti-parasite foods into your body like pumpkin seeds and seeds from non-GMO papayas.

Organic vegetables, especially low sugar ones like greens, should form the basis of your diet.

Chaga mushroom is another anti-parasitic natural food you can incorporate into your diet, as is reishi mushroom.

Finally, you’ll want to take on the third step, which centers around healing your gut. As mentioned before, parasites can cause even more trouble if you have a leaky gut or similar symptoms.

To heal leaky gut, you’ll want to cut out all genetically engineered foods (GMOs) from your diet, take a natural source of probiotics daily and eat probiotic rich foods like sauerkraut and other fermented vegetables.

Also, cut out any foods containing gluten or high amounts of glyphosate. The combination of too much sugar and bad processed food can create a nightmare in your gut.

Stick your whole foods diet plan with the right herbs, and don’t waver!

Perhaps most importantly, stay consistent. Incorporate the most potent herbs into your parasite cleanse.

Here are the 6 most potent herbal supplements for clearing parasites:

You most likely won’t see results overnight. The parasite problem is a persistent one that takes persistent efforts to beat.

Nobody said it would be easy, but it’s definitely worth it.”

Is the core philosophy of the DripBar.

Detox for Human Intestinal Parasites at the DripBar. Book your appointment online.

Optimal Gut Health and a healthy Microbiome are central to everything we’re about.