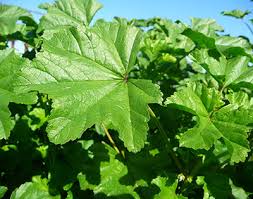 Is the core philosophy of the DripBar.

Optimal Gut Health and a healthy Microbiome are central to everything we’re about.

We love the 12 Ancestral habits to increase longevity by Ben Greenfield.

Here we bring you Ancestral Habit # 2 from Longevity Hacks.

These 12 habits are some of the low hanging fruits that will allow you to live a long time and feel really good doing it.

For those of you who missed Ancestral Habit # 1, Ben Greenfield is a prominent expert voice in the triathlon industry and holds a Master’s degree in exercise science and biomechanics. His podcasts are insightful and informative and well worth a listen.

This is Ben’s intro to Longevity Hacks:

“We know that demographers, epidemiologists, gerontologists, and a whole host of researchers on aging have puzzled for a long time over the theoretical question of the maximum potential for human lifespan, along with the host of proposed practices that we can implement to supposedly help us achieve that potential.

You may have heard of the book and concept of the Blue Zones. The book was written by Dan Buettner, and his goal was to discover certain populations in the world with the highest number of centenarians. He discovered a bunch of key characteristics that were consistent across nearly every single one of these populations.

I want to share with you my own take on many of these concepts, since I have my own opinions on some of what Buettner wrote and have been able to find some very interesting practical takeaways in my own travels around the world.”

“Aside from the 7th Day Adventist population of Loma Linda, most centenarians are not vegans or vegetarians, neither are they carnivores. But most follow a predominantly plant- based diet, and that’s usually as a result of their dependency on their own home-grown or locally grown foods. Long-lived Sardinians, Nicoyans, and Okinawans consume nutrient-dense produce that they grow in their own gardens and they supplement that with small amounts of animal protein foods and a lot of traditional staples like legumes, which I’ll get into later, ancient grains like quinoa, amaranth, and millet, sweet potatoes, non-GMO corn, and lots of wild plants.

And perhaps most notably, the wild plants possess these natural built-in defence mechanisms that subject the body and gut to mild amounts of stress. It’s called a xenohormetic effect. It allows your body to better mount and build its own internal antioxidant defences. That’s why I’m not strictly a huge fan of what they call a plant paradox diet. That’s a very popular diet right now. I think that small amounts of these mild stressors to the gut are actually quite good as a hormetic stressor, similar to cold and heat and exercise and radiation from the sunlight, et cetera.

These phytochemicals of the plants, not only induce this hormetic mild cellular stress response that make your body more resilient to other more severe stressors but they also, of course, have a lot of trace elements in them such as antioxidants and anthocyanins and resveratrol. And if you’re doing green tea (and a lot of these teas and tannic compounds these folks are consuming), you’ll be ingesting what’s called EGCG, epigallocatechin gallate. Others include sulforaphanefrom in broccoli and catechins from dark chocolate. Yes, I did just lump chocolate bars into the wild plant category. It is cacao, and if you’ve ever had a cacao fruit, it’s kind of a wild plant. There’s a lot of really good stuff when you expand your diet to include wild plants.

One really good book that I would recommend you read is this book called Eating on the Wild Side by Jo Robinson where she teaches that if you cut up or tear apart plants like kale several hours before eating them, that causes the plant to ramp up its own natural defence mechanisms that make that xenohormetic stress even stronger.

Now, in contrast to the wild plant, red meat is typically only eaten a few times a month, notably during holidays and festivals in many of the Blue Zones. Sheep, goat milk, eggs and fish are eaten much more often, usually two or three times a week. When they do eat animal products, they tend to eat nose to tail. They tend to eat a lot of the more glycine-rich things like the bone marrow and the bone broth. And they tend to be raised locally, grass-fed or pasture-raised, wild caught, free-range and free from any of the harmful substances that we get in a lot of westernised meat and dairy, like antibiotics and growth hormone.

So, fish, eggs, wild plant intake, and then moderated intake of red meat in animal products in general, something that you see quite a bit, a higher vegetable, lower meat intake. I mean, author Michael Pollan’s recommendation to eat mostly plant food is something that we see quite a bit. And again, when you do consume meat, rather than simply consuming the muscle portions that inevitably contain the high levels of methionine with low levels of glycine, you want to consume the more glycine-rich portions of the animal like the organ meats and the marrow and the bone broth.

Vitamin and Mineral Drip Therapy is a useful and powerful adjunct to healthy living…intravenous anti-oxidants like ALA, Glutathione, Vit C and Selenium protect against oxidative stress that causes cellular damage and accelerates the ageing process.